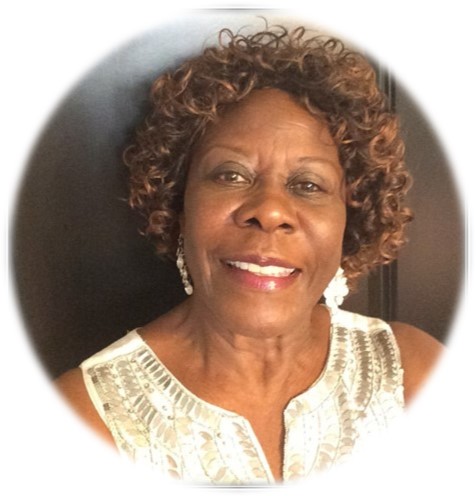 NABSEF Chair-- is a past president of NABSE, serving from 2005-2007. She is the first African American female (and only woman) superintendent of the Ecorse Public Schools, Ecorse, Michigan. Dr. Epps served from 1990 to 2013 (23 consecutive years). Immediately after Ecorse, Dr. Epps served as the president of the Board of the Catherine Ferguson School District for Young Women in Detroit. Presently, she is serving as the Chairman of the National Alliance of Black School Educators’ Foundation.  Dr. Epps received her B.A. from Southern University, Baton Rouge, LA., M. A. in communication disorders and sciences, an educational specialist degree and doctorate from Wayne State University, Detroit in Education Administration and Services. She was a member of the summer class of 2000, Oxford, England Round Table for Superintendent International and the Summer Class of 2001-Glasgow, Scotland International Education exchange. She has traveled extensively in the USA as well as in Dubui, Mexico, Canada, Paris, Italy, England, Bahamas, Germany, Hawaii, Holland, Venice, Switzerland, South Africa and Scotland.  Always committed to public service, Dr. Epps has served on several boards and has/have membership affiliations including, but not limited to the following:  National Alliance of Black School Educators, (past president); Metro-Detroit Alliance of Black School Educators; and the City of Ecorse Library Board. Other professional associations included AASA, ASCD, NASA, MASA, WCAA, NASB, Michigan Association of African American Superintendents, NAACP, Phi Delta Kappa, and Alpha Kappa Alpha Sorority, Inc.  Dr. Epps is a life member of NABSE and was elected in 1997 to serve as national secretary. She served in that capacity under three NABSE presidents; Dr. Joe Drayton, Dr. Lois Harrison-Jones, Dr. Andre Hornsby. During her tenure as President of NABSE Dr. Epps worked tirelessly to advance the mission of NABSE. She is credited with refocusing the organization on its mission of promoting and facilitating the education of all students, especially those of African American descent and other minorities. Dr. Epps “walked the talk”. “One NABSE Refocusing on the Mission” was the theme Dr. Epps put forth to the NABSE Board of Directors as she established her mode of operating.  Under her leadership, Dr. Epps challenged the Board to advance the mission of NABSE. The theme of the 2005-07 administration was “one NABSE Refocusing on the Mission” Goals of the 2005-07 administration were to: Increase and maintain membership and partnerships in NABSE  Conduct and disseminate research findings to enable educators in the classroom  Provide quality leadership training opportunities for our educators and parents  Strengthen communication between and among all levels of the organization, especially between affiliates and the national board of directors  Restructure the managerial system to provide more timely responses to the membership During the two years under Dr. Epps, NABSE realized the development of a National Annual Youth African American Male Leadership Summit. The M.E.N. Project, (Mentoring, Educating and Nurturing), was envisioned by President Epps with assistance from Dr. Lucian Yates and Dr. Sandy Carpenter. Dr. Yates enveloped her vision into a concept paper and volunteered Kentucky State University as the site for the first summit.  Dr. Carpenter assisted with the specific planning and the first NABSE Young African American Male Summit was held at Kentucky State, July 20-22, 2007. The goal of the summit and future summits is to provide a quality educational experience on a historical black college campus for young African American males.  NABSE senior male members are to serve as mentors, session speakers, presenters, tutors and dormitory supervisors during each summit. In 2018, the first Youth African American Female Leadership Summit was held. Dr. Epps introduced NABSE’s national initiative, “Education is a Civil Right”, stating at the national conference is November, 2007 “It is time to stop the cycle of inequities, NOW! and recognize the need for change”.  Dr. Epps advocates, for quality education for everyone as being the avenue to reduce and eventually eliminate inequities.  Other NABSE accomplishments were the establishment of the “Mission Tuition” Scholarship Project, creation of the NABSE Electronic Career Center for Educators, establishment of the National Affiliate Scrapbook Competition to display local affiliate support of national goals (Nashville 2007Conference) and the creation of a National Community Day of Service to combat domestic violence. The “kick off” in Nashville included NABSE members donating items at the conference for the local host affiliate to deliver to a Nashville “safe house” for children and women. Those in educational circles refer to Dr. Epps as a “no nonsense hands on” executive. She is a leader who has distinguished herself through intelligence, courage and determination and has received numerous awards and recognitions.  She is an educator one can count on to stay focused and push for excellence.  She “walks the talk”.